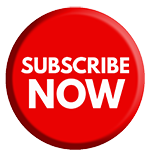 I WANT TO ORDER LIGHTING FOR A NIGHT GOLF EVENT
That is easy! Just give us a call at 800.203.9173 and ask to set up a custom order. We can provide you with bulk glow balls, glow chargers, fairway and green lighting along with a selection of glowing pin flags and accessories. We know that each event is different, so we are here to give you a helping hand in getting your night golf order perfect and on time.
CAN I BUY BULK NIGHT GOLF BALLS AND SAVE

YES, OF COURSE YOU CAN! This is what we do. Just give us a call and let us put together your own custom glow package that can include a mix of LED and Tour quality night golf balls, so now your players get a choice on if they want bright golf balls or long – tournament winning golf balls. 800.203.9173

WHY IS THE GLOWV1 NIGHT GOLF BALL #1 FOR FEEL AND DISTANCE
We started with a solid two piece golf ball construction made with a tour quality core that has a powerful photoactive suralyn skin wrapped around it. This creates the first tour distance night golf ball that out performed any and all light stick golf balls and LED golf balls. We then went one more key step by inventing a UV ball charger that takes your night golf ball to the next level.
It’s called the GlowCharger. It’s a coffee cup sized UV ball charger that nukes the ball in 360 degrees of photo absorbing UV light. After about a minute you have a night golf ball that glows like an LED for a good 12 minutes and gives a very visible afterglow for hours.
Our photoactive glow skin gives the ball a bright streak as it shoots down the fairway, while providing a nice soft feel off the clubface. This can be very important when you might be playing in the fall light that can be a bit cool and hard on the hands.
The GlowV1 and GlowCharger system can be purchased together or in bulk for special glow golf events and night golf tournaments
HOW TO SET UP A NIGHT GOLF OR GLOW IN THE DARK EVENT
There are a bunch of ways to set up a great event. Below we break it down to golf balls, tee box, fairway and golf green lighting.

–  BALLS – A good night golf or glow golf event starts with the balls. You want to offer your players a selection of balls to pick from. We offer both the GlowV1 and Glowcharger system as well as the Night Eagle LED golf ball. This gives players a choice of whether they want distance or brightness.
–  CART LIGHTING & HEAD LAMPS – You want a bright tee box and green. This can be accomplished with head lamps players bring or you can provide. Golf carts with headlamps are also a great way to light up a player hitting on the fairway. Headlamps also help players as they walk through uneven terrain.
–  TEE BOX LIGHTING – Creating a bright tee box experience where players walk or drive up and can see the next hole clearly is a big plus. We use the glowgear rechargeable tee box markers to delineate the tee line.
–  FAIRWAY LIGHTING – Reusable pin markers are very inexpensive and come in dozen packs of different colors. We generally drive down the fairway putting in markers every 10yds to create a straight clean line from tee box to pin flag.

–  GREEN AND PIN LIGHTING – Lighting up your green can be as simple as putting in a glowing pin flag to putting out rechargeable perimeter lighting to really max out your green.
– TARGET LIGHTING – Since we make patented giant glowing interactive driving range and golf targets we couldn’t help telling you about how great target night golf can be. Imagine replacing the 4″ cup with a 12 – 30ft interactive golf target. Now, when you hit the target on the fly you get a bonus stroke. This means you can get a zero on every hole. How cool is that! Ask us if there is a course in your area so your club can try this out.
WHAT MAKES THE BEST TWILIGHT GOLF BALLS

Neon covered golf balls are ok if you are playing in flat Arizona. If you live anywhere there is overcast or normal clouds, neon covered balls really don’t reflect any light. The best solution is a ball like the GV1 that has an active, live skin that gives the ball it’s own internal glow. Unlike neon coated balls, the GV1 glows from within so the darker it gets as twilight approaches the brighter and more visible your GV1 night golf ball will become. So now you won’t lose your ball in the weeds when there are clouds overhead and it gets dark fast. The GV1 will punch through the half light handly.

Unlike LED balls that have a battery inside, GlowV1 photoluminescence allows us to put a full compression, tour quality core inside for  a long, soft feel with all the distance of an ‘active’ core. This is something a battery centered core cannot provide.
WHY MAKE A TWO PIECE BALL FOR TWILIGHT GOLF
The value to having two piece performance night ball is so it can hit one to one with your favorite daytime golf ball. You want this so that when it becomes twilight you don’t lose your favorite ball in the half light. Also so that you don’t need to either quit playing or switch to an LED golf ball that will cause you to club up and hit harder shots so as to compensate for an LED night golf ball.  With the GlowCharger and GV1 system, you will never lose another ball during twilight or early morning play.

What are you looking for?